The main aim of the studies in the field of administration is to prepare graduates to fulfil executive and managerial functions in broadly defined administration. Studying in this field prepares future graduates for proper and efficient management and performance of tasks connected with work in state institutions and at positions in private companies.

Graduates of the programme are comprehensively educated, they receive legal, administrative and socio-economic education complemented by general humanistic knowledge. They are competent to work in various institutions and economic entities (including provincial, district and municipal offices, enterprises and companies, non-governmental organizations, insurance companies, tourist companies, customs offices and agencies, tax offices, border guards and police). Administration studies are dedicated to people with a clearly defined career path as well as to students who have not yet made their final decision in this matter.

Classes are held on Saturdays and Sundays.

Examples of workplaces of our graduates:

We try to make sure that every student of administration learns in a friendly atmosphere, acquires specialised knowledge of management, general knowledge of social sciences, law and administration, public finance and basic economic knowledge.

We make sure that the student acquires the knowledge of methods of modern organization of administrative work and the ability to apply them in practice, the knowledge of modern techniques of negotiation and mediation, methods of control and principles of proceeding during external inspections and to gain excellent qualifications necessary on the job market in the European Union countries. We strive to make your studies in administration interesting and valuable in practical terms.

The high quality of the administration studies programme and the good organisation of the teaching process have been confirmed by the positive assessment of the State Accreditation Commission.

The curriculum is based on an original, balanced combination of several fields of knowledge: public administration, legal sciences, management, psychosocial knowledge and knowledge of foreign languages. Thanks to this, we educate modern administration specialists who also understand the principles of business.

The lecturers are scientists and practitioners. Among them are former members of state and local governments and researchers of the effects of administrative reforms.

Graduates obtain a second degree qualification with a professional title of Master, confirmed by an appropriate diploma.

Administration – Master’s studies last 3 terms, which is an attractive and unique offer.

Upon completion of studies, graduates possess comprehensive and broadened, as compared to the first-degree studies, knowledge, skills and competences preparing them for work as clerks in the government administration, local government administration and non-public institutions, as well as, depending on the chosen specialisation, knowledge, skills and competences in the following areas: administration of public services in order to effectively increase their quality, the functioning of local governments and strategic management in this area as well as issues related to internal security in the administration sector.

The acquired knowledge enables the graduates to understand and interpret the legal and economic-administrative reality as well as the mechanisms of modern economy. It also facilitates the practical use of information available in the administration sector and its processing.

The graduates are prepared to independently develop projects in the field of their specialisation, acquire and use financial, human and material resources with the help of the public and private sectors, provide customer service to these sectors and render consulting services. They have an in-depth knowledge of creating various written works in Polish and foreign (congressional) languages in the field of administrative science and related disciplines as well as preparing multimedia presentations. Graduates are prepared to independently improve and complement their knowledge and skills as well as to undertake third degree (doctoral) studies.

The knowledge, skills and competences acquired in the course of study will meet the current needs of the labour market. Graduates will find employment in corporations, small and medium-sized enterprises operating in various sectors of the economy, or will open their own businesses.

Graduates of the administration programme at WSKFiT are perfectly prepared to work in local, state and international administration structures, as well as in administration of private companies. The knowledge and experience they gain allows them to take up middle and higher positions, manage teams of people as well as entire administrative departments.

Students can choose one of three specialisations:

The knowledge gained during the classes is supplemented with obligatory professional practice, in a company or institution chosen by the student and cooperating in this field with WSKFiT. We cooperate with companies and institutions operating in Pruszków and Warsaw.

The teaching staff includes, among others: 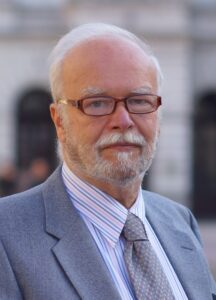 In the years 1974-1990 he worked at the Institute of History of Science of the Polish Academy of Sciences, where he received his doctorate and habilitation. In 1990 he was elected the first Mayor of the Warsaw-Mokotów District. He was a councillor four times, including once as Chairman of the Council. For three years he led (at the Warsaw City Hall) the study and research team „Warsaw in 21st century”. In the years 1997-2009 he worked in the Supreme Chamber of Control. For another three years he was a president of a private university in Warsaw. On 1 October 2014 he took up a professorial position at the University of Physical Culture and Tourism.

He is the author or co-author of 19 books and more than 600 publications in magazines and daily press, including the treatises of Globalization and the Development of Warsaw (Wydawnictwo Akapit-DTP, Warsaw 2002) and (together with Stanisław Wyganowski) Reflections on the Future of Warsaw (Wyd. Muzeum Historyczne m. st. Warszawy, 2010). Between 1993 and 2013 he held the position of President of the Society of Friends of Warsaw, and since 2013 he has been an honorary President of this association. He is a member of the Polish Writers’ Association.

For his scientific, cultural and social activities, the President of the Republic of Poland awarded him the Golden Cross of Merit by a decision of 16 December 2016. 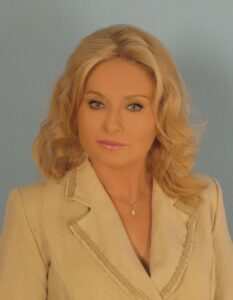 A lawyer, attorney at law, at the Faculty of Administration and Social Sciences, Warsaw University of Technology, she was the Head of the Didactic Team of the Theory of State, Law and Administration, then she was the Deputy Dean for Science. 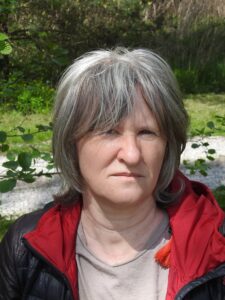 The Doctor of Economics (Economic and Social College of Warsaw School of Economics). Since the beginning of her professional development, her interests have been focused on local and regional economy. In cooperation with local governments, she develops strategic programmes and documents. She is an expert in the field of revitalisation of rural areas. 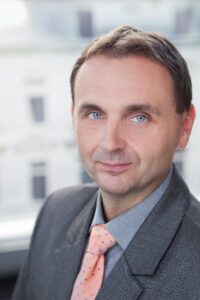 A graduate of Management and Marketing and History, both full-time studies at the University of Łódź, and 5 postgraduate studies.

Many years of professional experience in public administration (at the local and central government level) in the areas of EU funds and negotiations of commercial contracts. For several years he was professionally associated with the IT industry. A project evaluation expert (mainly in the IT and financial sector) cooperating with several public institutions, including PARP, NCBR, Centre for Digital Poland Projects. 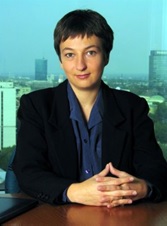 A legal advisor, a member of the District Chamber of Legal Advisors in Warsaw. She graduated from the Faculty of Law and Administration of the University of Warsaw, where she also defended her doctoral thesis, obtaining a doctoral degree in legal sciences. She is also a graduate of postgraduate studies at the French and European Law Centre – DESS – specialising in French and European commercial law at the University of Poitiers and the University of Warsaw. She is an author of many publications. She has extensive professional experience, for many years she has been advising entrepreneurs, both domestic and foreign, as well as public administration within the Legal Adviser’s Office, providing comprehensive legal services in all areas of commercial law.

For a few years now, she has been teaching her students about civil law, public international law, commercial law, administrative and court-administrative proceedings and labour law. During her classes she shares both her theoretical and practical knowledge.

She is fluent in French and English. Her passion are horses, she trains horse riding.

A graduate of Cardinal Stefan Wyszyński University in Warsaw. In 2003, he defended his doctoral thesis titled: „the mission of an economic organisation in the perspective of business ethics”. For over twenty years, he has been a theoretician and practitioner dealing with the issue of conditions for functioning of economic organisations. He is the author of several dozen scientific articles and books, including: company mission and business ethics, determinants of organisational culture of tourism enterprises.

The Doctor of Social Sciences in the discipline of security science (University of Natural Sciences and Humanities in Siedlce), professional studies in the field of legal-administrative protection of public order (Higher Police School in Szczytno), as well as postgraduate studies in: general pedagogy (Mazovian College of Humanities and Pedagogy in Łowicz) and human resources management (H. Chodkowska Academy of Management and Law in Warsaw). An active participant in several scientific conferences and seminars. A participant of foreign exchanges in the field of, among others, security at mass events, combating drug-related crime in Belgium, Sweden and France. He specialises in internal security, personal data protection and protection of classified information. 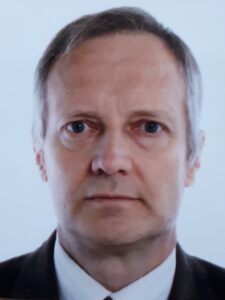 He graduated in a specialisation of automated management systems. He earned his doctorate in organisation and management. In the years 1990 – 2005, he conducted business activity of a training nature. For two years, he was a director of one of the management schools, and then, for a dozen or so years, a co-owner of a training and consultancy company. During this time, he was also a very active trainer, a lecturer in many business schools, companies and institutions. He has conducted over 500 training courses that have been highly valued by participants and clients. He has developed many didactic programmes for top and middle management and employees of many companies. He has been an academic teacher for twenty-some years. He teaches organisation and management, organisational culture, negotiation, interpersonal communication and work pedagogy. He is a co-author of a dictionary of work and organisation pedagogy, an author of a book on negotiations and articles on selected issues in organisation and management, negotiations and interpersonal communication. 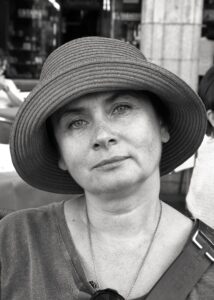 She graduated from the Faculty of Polish Studies, University of Warsaw. She completed her doctoral studies „National minorities and small homelands” conducted by the Institute of Slavic Studies of the Polish Academy of Sciences and Collegium Civitas with a dissertation „Borderland culture – experience of memory in the writings of Jarosław Iwaszkiewicz”. Her scientific interests revolve around the interdisciplinary perspective on multiculturalism and various narrations of memory, which are embedded in biographies and microhistories.

Dr Justyna Kraszewska’s professional path has also led her through positions as a press officer in ministries and as Deputy Prime Minister.

Her interests include 18th century music and jazz, literature, flowers and mountains.

She is a demanding lecturer. She does not tolerate dishonesty. She enjoys supporting students who are committed and want to broaden their horizons. Her students’ theses have also resulted in publications in a peer-reviewed journal.